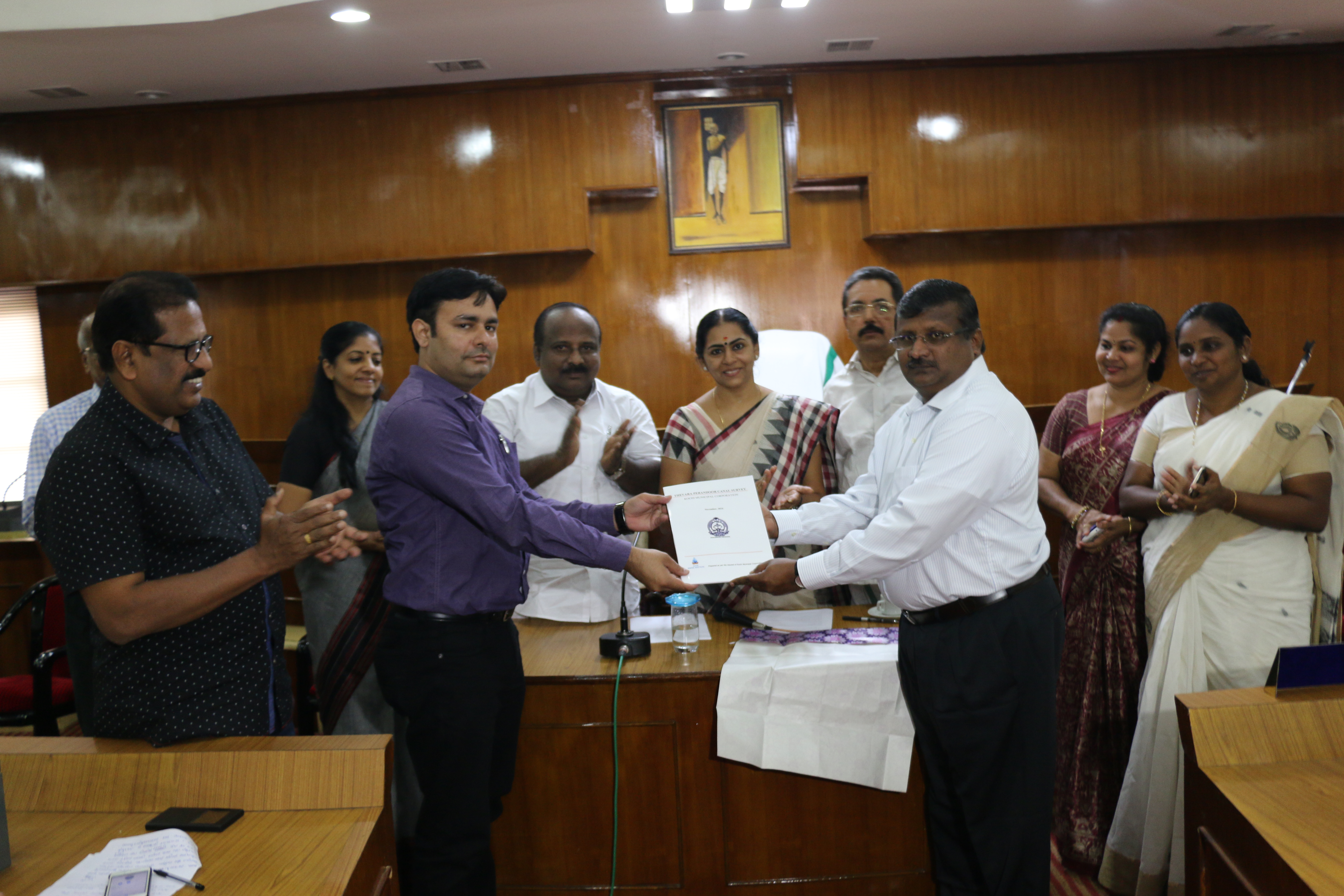 The National Highway stretch from Vytila to Edapally is one of the most frequented public spaces in the State of Kerala. This broad stretch which passes through the heart of the Cochin city also plays an important role in regulating and decongesting the traffic conditions of the Cochin city. The Kochi Municipal Corporation has been receiving many complaints with regard to the poor maintenance of this stretch. It is against this backdrop that the Kochi Municipal Corporation has come forward to clean this stretch and beautify it with flowering plants and maintaining it for a stipulated period as per the specifications and guidelines of the National Highway Authority of India and included the project in Mission Kochi 15-8-15 campaign of the Kochi Municipal Corporation. 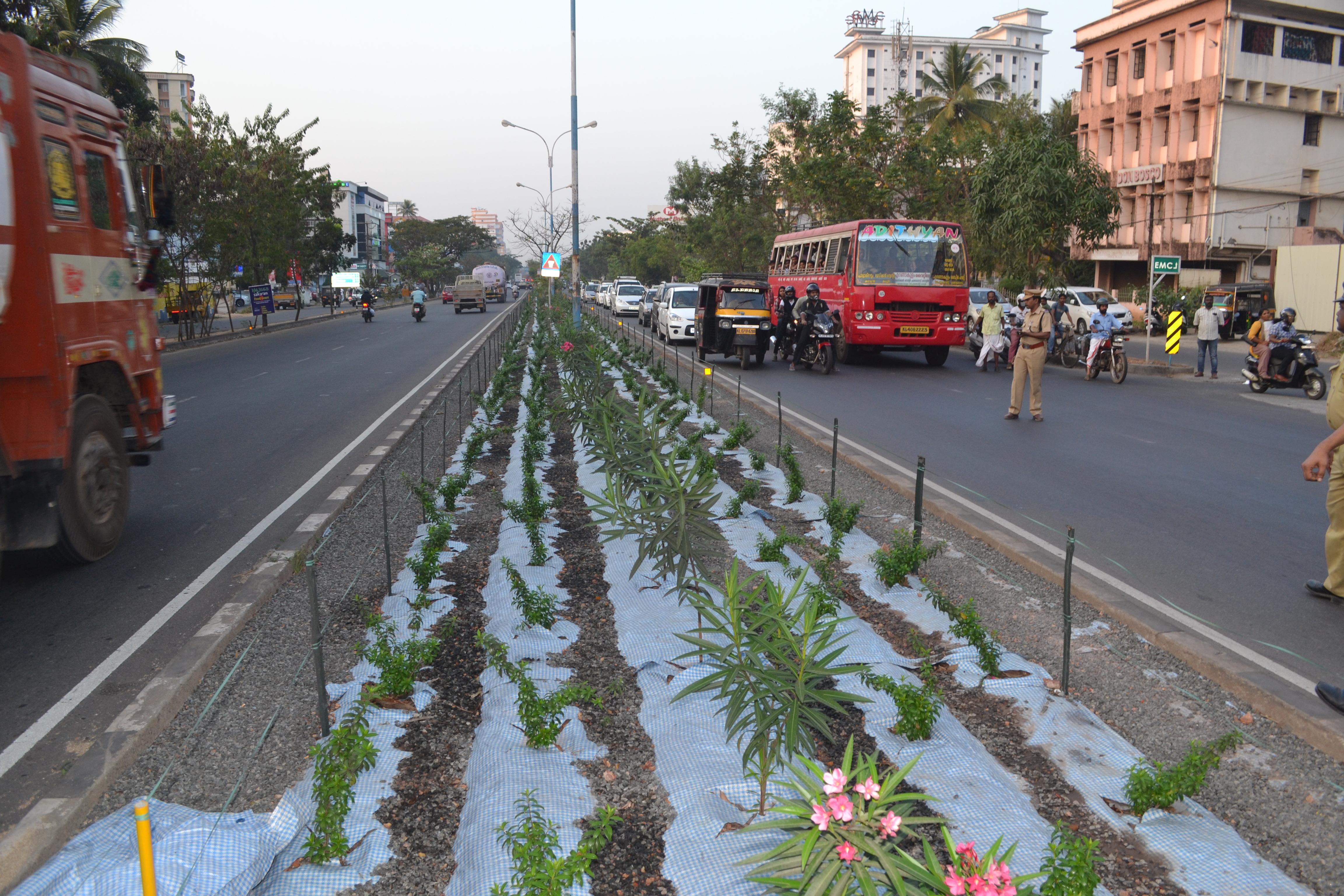 The Kochi Municipal Corporation’s ambitious project for city beautification under the Mission Kochi 15-8-15 was inaugurated by the Hon’ble Excise, Ports and Fisheries Minister Shri. K Babu on January 24th, 2015. A stakeholders committee, Kochi Bypass Beautification Society, had been constituted for undertaking the project under the supervision of the Kochi Municipal Corporation. The society has city’s leading businessmen as its members. V-Guard Groups Chairman Shri. Kochouseph Chittilappilly is the Chairman of the Society, Eastern Group Project Director Shri. M.E Mohammed is the Secretary and the Manager of Holiday Inn Shri. P.C. John is the treasurer of the Society. The National Highway Authority of India has given permission to beautify and maintains the stretch for a period of 3 years.

The stakeholders had spent an amount of Rs 1 Crore for the beautification of the stretch in addition to the maintenance cost of Rs 37 Lakh spent by the Kochi Municipal Corporation. 20000 saplings were planted on the central median on 4.6 km of the 6 km long stretch. The side medians along with the service roads would also be beautified in future as the 2nd phase of the beautification project. 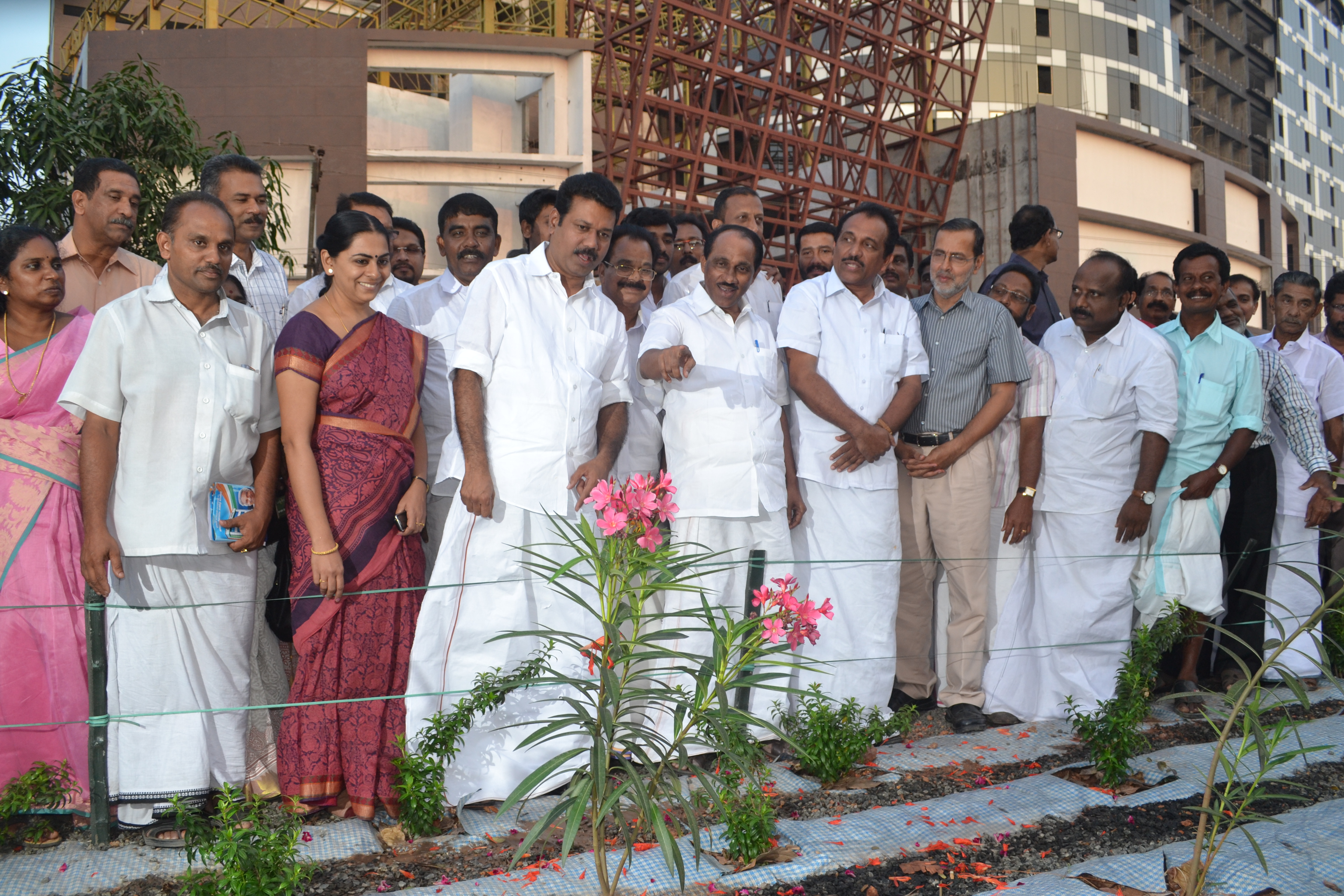 The project is being coordinated by the Centre for Heritage, Environment  and Development (c-hed) for the Kochi Municipal Corporation.

One of the most important projects carried out by the c-hed is the preparation of the Detailed Project Report (DPR) of the above mentioned Broadway and Ernakulam Market Heritage Urban Renewal Project. The c-hed had been entrusted with the task of preparing the DPR of the above 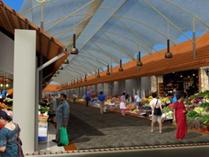 project by the Kochi Municipal Corporation. With the support of a dedicated team of Technical and Management experts the c-hed could complete this major work in a short span of one year.

The project area comprises of separate character zones namely; the Broadway, the Ernakulam Market, and a few indistinct smaller urban fabric patches that fail to qualify the entire zone into a consistent urban character district. The urban design agenda for the area is to integrate these sub-districts into a cohesive whole. This is being done by letting the people who use these spaces to come together in a new and contiguous spatial network. This new network is established by redesigning the two basic character districts within the zone (1) by creating a new urban place which is at the confluence of various streams of pedestrian flows, by reinforcing existing underutilized vehicular connections (2) by creating new pedestrian linkages to the core from surrounding areas of high pedestrian traffic.

Under the c-hed’s initiative a national workshop on formulation of vision document and strategic plan for Cochin City with a vision period of 20 years was organized in the year 2003. The  recommendations of this seminar were the basis of the Vision Document prepared for Cochin City. 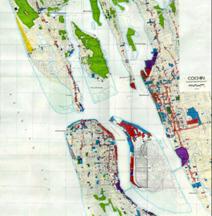 On the basis of this vision document the Government of Kerala gave administrative sanction for the Kochi Municipal Corporation to prepare a master plan for the city on its own.

The Kochi Municipal Corporation entrusted c-hed to co-ordinate and facilitate the entire process of Preparation of the Master Plan for Cochin City.  The Master Plan for the city was prepared with a vision period of 20 years for the horizon year 2026.  The scope of the Master Plan was restricted to the Corporation limits, spanning an area of 94.88 sq. km.   The Master Plan was a multidimensional exercise and comprises studies on various aspects of the city viz. Regional Framework, Land Use Plan, Physical- Infrastructure, Population Projections & Occupational Pattern, Shelter, Industry, Environment, Built Heritage, Tourism, Urban Design, Transportation, Social Infrastructure and Resource Mobilization for implementation of the projects identified.

From the year 2005 January onwards up to December 2008 c-hed had been fully involved in the process of the preparation of the master plan. After completing a major portion of the work, the entire process and products were handed over to the Regional Town Planning Department for further work.

Heritage Study for the Master Plan

The c-hed had carried out a comprehensive Heritage study to be included as a chapter in the master plan.

Cities are rightly called the economic generators of a country. For sustaining their growth the cities have to be efficient and competitive. In order to equip the

city face the challenges of urbanization, proper and efficient system needs to be introduced.

Cochin, the commercial capital of the state of Kerala has been growing rapidly. It revels in being a choice destination for a wide range of industries from tourism, Shipping and Information Technology to International trade and Bio-technology.This metropolitan in the recent years has been witnessing major developments, making it one of the fastest growing second-tier metro cities in India.

The c-hed had played an important role in the preparation of the City Development Plan (CDP) for Cochin City as part of the JnNURM programme. Besides coordinating the entire process, the  c-hed had also provided academic support. Tourism and Heritage, the two major chapters in the CDP, were prepared exclusively by the c-hed.

Pallath Raman Memorial is a public space located in one of the oldest part of the city, in Veli- Fort Cochin. Owned by the Kochi Municipal Corporation and operated through c-hed, it is a part of the Heritage Zone and is adjacent to many historical monuments and structures.

During our effort to conserve and exhibit our heritage and culture, Fort Cochin has always lacked organized public spaces for live cultural exhibitions. Pallath Raman was built to take up this role.

One of the first projects for which the c-hed had prepared a DPR was for the Pallath Raman Public Space Landscape at Fort Cochin Heritage Zone. c-hed had also mobilized funds for the execution and implementation  of this project. This is one of the most prestigious institutions that the c-hed manages at present. Around 200 children are undergoing  training in this campus in various art forms.

Pallath Raman Memorial Culture Centre is a classic example of premises management abilities of the c-hed. 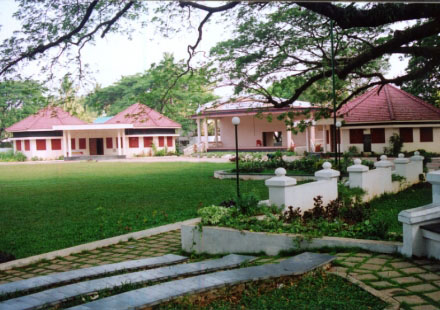 An ecologically sensitive small patch of mangrove forest and nesting grounds for a variety of migratory birds, Mangalavanam is the green lu 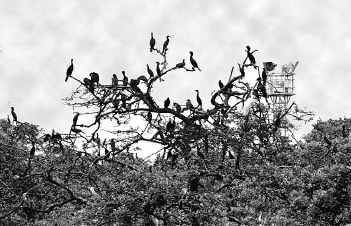 ng of Cochin City. It has stood sentinel in the muddy waters near the city coast, trapping pollutants washed down from the land into the bay waters. An ecologically sensitive area, it is home to many species of birds and fishes.

It gained its importance as a habitat for various species of migratory birds as they come in for breeding every year. This fragile system needs extra protection as the recent high-rising buildings in the nearby areas have curtailed the movement of birds in the sanctuary. 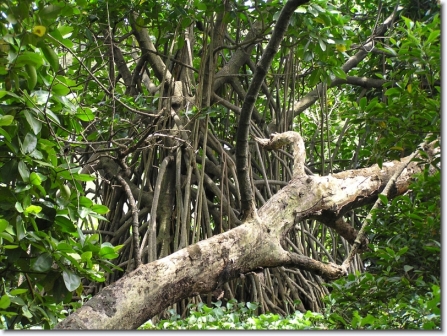 The much needed requirement for Urban Public Spaces for the City of Cochin, which is otherwise getting reduced to the Parks on the western water edge of the city, is alive with new rays of hope. Padmasarovaram is conceived primarily to address the issue of lack of city level public space in the dense urban fabric and residential patterns of the city.

The proposal looks at the marshy land close to the scenic urban water edge at the heart of the city’s residential area between Vyttila and Elamkulam connecting the Sahodaran Ayyappan Road (S A Road) and Subhash Chandra Bose Road (S C B Road), serving not only its surrounding urban area, but the entire city and the region. The idea is to gradually transform this marshy land into a major urban environmental reserve and recreational center. The project is conceived to have passive and hybrid recreational facilities, which is going to make it a major tourism hot spot of the City.

Cochin has long been one of the important trading centers of India, attracting seafarers and traders from far and wide. 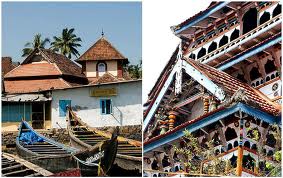 This historic port-city on the Malabar coast in the state of Kerala, has some of the very first vernacular mosques, which reveals a distinctive bequest.

The surviving mosques of Cochin are a part of the rich cultural history of the Malabar Coast of India.  It stands as powerful visible expression of integration of two different cultures. Many 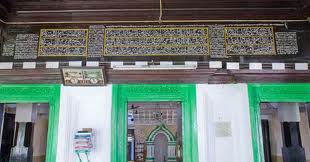 of these fine old mosques have recently been demolished or remodeled, and replaced by concrete structures.

This is one of the projects that the c-hed has carried out with the support of Ford Foundation, the project has been completed and the same has been brought out in a book form.

Nature’s wonder and a gift to mankind, trees are priceless and the valuable assets necessary for the very existence of any living creature. They are essential to life and form the ground troops of food chain. As a part of the green drive of the Kochi Municipal Corporation a tree census programme was coordinated by c-hed along with Rajagiri School of Social Science. During the survey, details of each tree located in public places in the city was recorded along with its approximate age and scientific name. 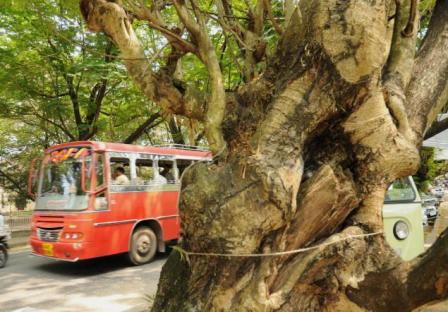 The program focusing on building an environmental-friendly culture and enhancement of the social responsibility of the youth, saw participation from 1,700 students and 300 teachers from various schools and colleges. The event was also marked by the planting of tree saplings by the students.