The city of Cochin revels in being a metropolitan where diverse cultures coexist without tampering the rich history of the city. Fort Cochin and Mattanchery are historic towns brimming with tales of myriad seafaring visitors from around the world who arrived here for trade and eventually settled down on these charming lands. It is home to many historically important and architecturally diverse buildings.

However with the passage of time, these buildings are deteriorating. The c-hed has been preparing a detailed conservation projects for many important built structures in the Fort Cochin-Mattancherry Heritage area as well as in other locations.

One such project is the conservation of the Fort Cochin Zonal Office of the Kochi Municipal Corporation. This perhaps is one of the most intensely used structures of the Heritage Zone. Due to the constant use and neglect, the structure is in a deteriorating condition and has started to degrade rapidly. The project has been initiated to preserve and protect such historically important structures in the Heritage Zone.

Known as the economic capital of the state of Kerala, the city of Cochin has a vibrant cultural landscape. This city is unique in its own way. Here one can see the ancient civilization merging with modern life.

c-hed  has brought out a book on Cochin. This book is an attempt to bring information related to this city’s birth, growth and spread in a concise form. Here, emphasis has been given to historical data pertaining to the city and its nearby areas.

This book also allows us to have a glimpse of the land of Cochin and its surroundings.

The city of Cochin and it surrounding locations has now become an important tourism destination because of its rich natural and cultural heritage. The Fort Cochin and Mattanchery placed right at the sea mouth has experienced immense trade related activities and has developed a rich pluralistic culture and tradition unique to this heritage zone. This is visible in the heritage of this area. 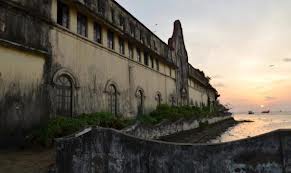 However, with rapid urbanization and development of the city, the conditions of both environment and heritage has become more and more critical.

The c-hed has associated with UNESCO as a part of their planning effort, to conserve, protect and sustain the heritage sensitive area of the city. A detailed project report in this regard is already prepared and efforts are on to move ahead with the initial stages of this association.

The city of Cochin is affluent in heritage and culture  and efforts are on to preserve and identify the heritage zone for the urban. The c-hed has been associating with Indian Heritage Cities Network Foundation (IHCN-F) to explore the possibilities of conserving the social and cultural heritage of Cochin with support from the French city of Lorient.

The foundation formed to foster and support heritage-based development in cities across India by developing and disseminating best practices, has been acting as a catalyst for the conservation and preservation of Fort Cochin-Mattanchery Heritage Zone.

Though the rapid urbanization over the years has increased the number of roads, the unorganized parking, congested junctions are all causing havocs to the smooth flow of traffic. The c-hed had initiated this special session towards formation of Unified Metropolitan Transport Authority, which was attended by Hon’ble Minister Sri. K. Babu -Minister for Fisheries, Ports and Excise, Government of Kerala & MLA’s,  officials from Kochi Municipal Corporation, Stakeholders, Municipal Chairpersons and also members from transport authority. The session also included a presentation by NATPAC Professor Mr. T. Elangovan. 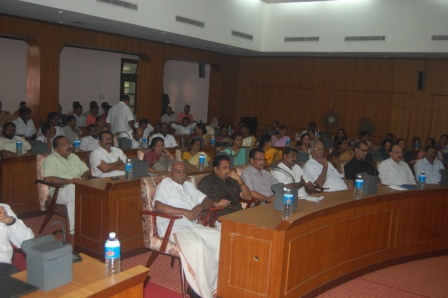 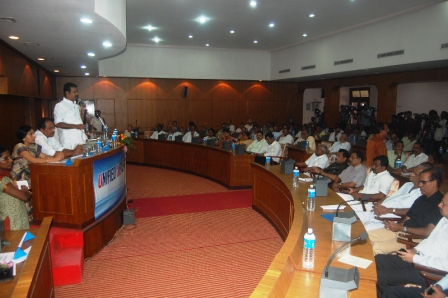 Although Cochin is surrounded by water, the city is still facing scarcity of clean drinking water. With Cochin’s population rising along with rapid urbanization, it is indeed an immediate priority for the city to develop the water infrastructure and management capabilities.

The city of Milwaukee of Mahattil, in this regard, has a well-established fresh water management system, which has paved way for a Sister City association with Cochin. Apart from being the largest cities in their respective states, both the cities share several attributes such as an active maritime port, distinguished educational institutions and diverse community, in addition to the great natural beauty each holds.

With an endeavor to establish a vibrant sister city relation between Milwaukee and Cochin city, letters of consent were exchanged between the cities and c-hed has been coordinating this program which is in its initial stages.

The c-hed is into collaborations and exchange programmes with many notable academic institutions.

The association with various universities and institutes across the world has led to collaborative research, academic support in terms of courses, seminars and developing academic programmes. These partnerships have been facilitating the exchange of ideas and exposure to new experiences and outlook.

The students are briefed on the urban governance, development and planning initiatives of this city. In this regard, c-hed has been acting as an academic support, allowing individuals to gain knowledge of the heritage and history of the city.

The c-hed had coordinated the entire CLGF project between the Cardiff City and the Cochin City with an aim to strengthen Cochin’s corporate governance and leadership capacity by developing a strategic policy framework which in turn was supported by increased technical expertise in service delivery. 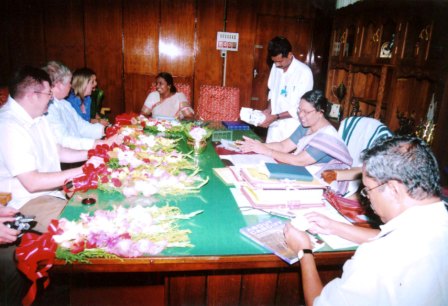 The partnership agreement between Cardiff Council and the Kochi Municipal Corporation was initiated during the first scoping visit to Cochin in September 2006 by officers from Cardiff Council.

This visit provided the opportunity for discussions between Cardiff Officers and the Mayor of Cochin, the Secretary of the Kochi Municipal Corporation, key elected members and Cochin’s Project Manager in relation to key issues facing the city and the agreement around priority areas for collaboration. It also enabled a greater understanding of Cardiff’s expertise and experience of regeneration and governance models and also further discussion and confirmation of the priority areas for collaboration.

Students are the future of a nation. The role that they play in developing a nation is huge. They are the greatest power house of information and our asset for the future. The ill-effects of globalization has led to neglect and lack of interest in Heritage among student community.  One must remember that what is lost today due to ignorance, lack of awareness or concern, cannot be recovered, be it the environment or a historical monument.

The c-hed considers it as very important to engage the College Student Community to preserve and manage the rich Cultural and Natural Heritage of our land. To impart the basic training in heritage management techniques, c-hed has been conducting a month long ‘On the Job Training’ for students from various Colleges in and around Cochin.

This training session inspires students to appreciate their natural and cultural Heritage and feel responsible to protect the same. The c-hed has so far trained around 1000 college students from various colleges under Mahatma Gandhi University.

The Sister City Program aims at bringing two worlds together widening the growth options for Sister City and its residents. Studies, practices, investments can be done through the program. The need for acquiring knowledge and information regarding management of many sort-after heritage and environmental issues has led to this mutually beneficial Sister City program.

This program initiated and coordinated by c-hed, aims at fostering the commercial and entrepreneurial ties between the cities – Miami and Cochin, through the consolidation and development of an affable cooperation between both the cities. This partnership also focuses on acting as an efficient channel for information exchange, that will bring about an overall development and implementation of knowledge, allowing the sister cities to grow and advance in a better way. The Miami Sister City  project is in its initial stages.