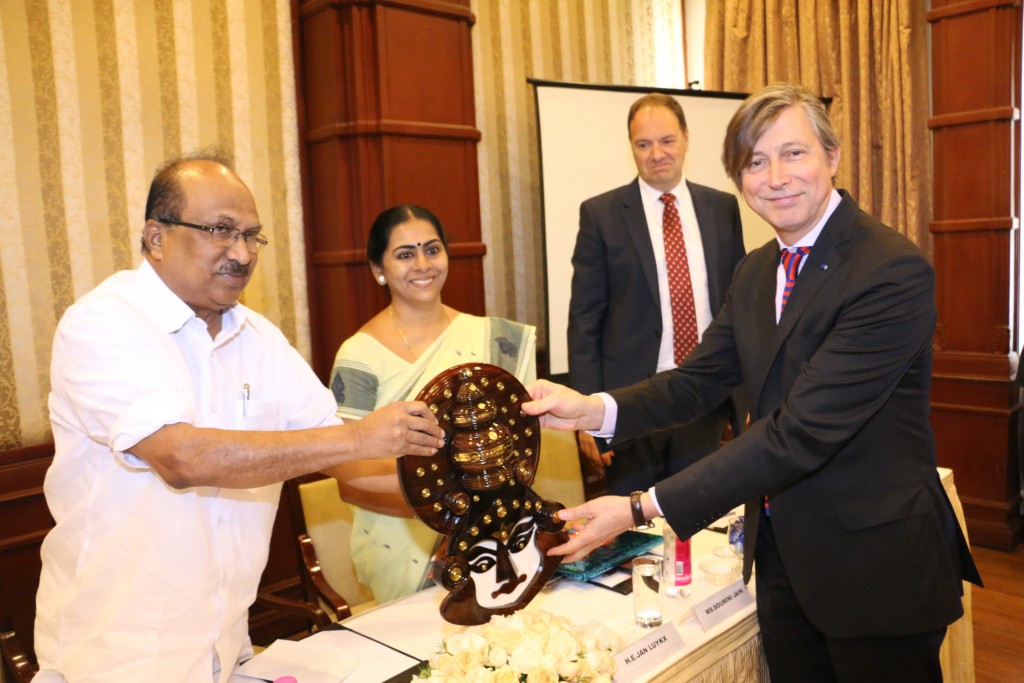 interactions were held.The purpose of the trade mission visit was to showcase the best practices from Belgium and to have an exchange of ideas on the future of urban development in our respective cities.The  meting was organised by c-hed.

The Centre for Heritage, Environment and Development in association with the ICLEI Local Government for Sustainability, South Asia organized a one day Shared Learning Dialogue (SLD) workshop as a part of the Asian Cities Climate Change Resilience Network (ACCCRN), in Kochi  on 17th June, 2016.

ACCCRN is an initiative supported by the Rockefeller Foundation, to strengthen cities’ resilience to climate change impacts by implementing resilience strategies identified with the help of a toolkit – the ICLEI ACCCRN Process (IAP). Through this initiative, Kochi city is now part of one of the 40 cities among 4 countries – India, Bangladesh, Philippines and Indonesia. 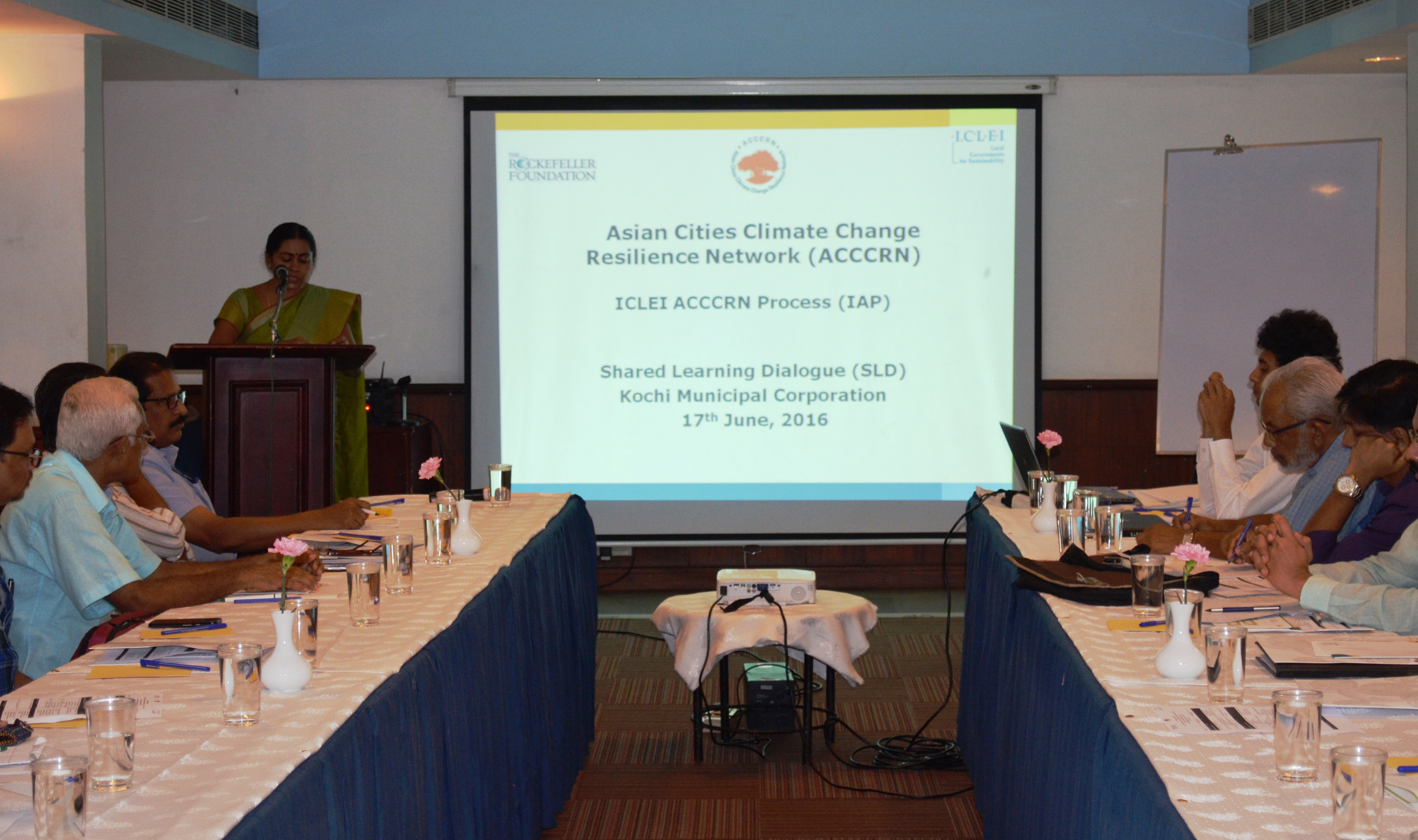 The ACCCRN project is the subsequent initiative of the Asian Cities Adapt (ACA) project that Kochi Municipal Corporation undertook along with ICLEI South Asia, IIT Delhi and Potsdam Institute for Climate Impact Research (PIK) in the year 2011-14. In the ACA project, scientific analysis of the Climatic Scenario, Vulnerability Assessment due to climate change for the city of Kochi was undertaken. As a follow up action, ICLEI South Asia engaged Kochi city under the Asian Cities Climate Change Resilient Network (ACCCRN) to take the work to its logical conclusion by developing a City Resilience Strategy (CRS) for Kochi and conducting a pilot intervention in the city.

The project is ongoing and being co-ordinated by c-hed. 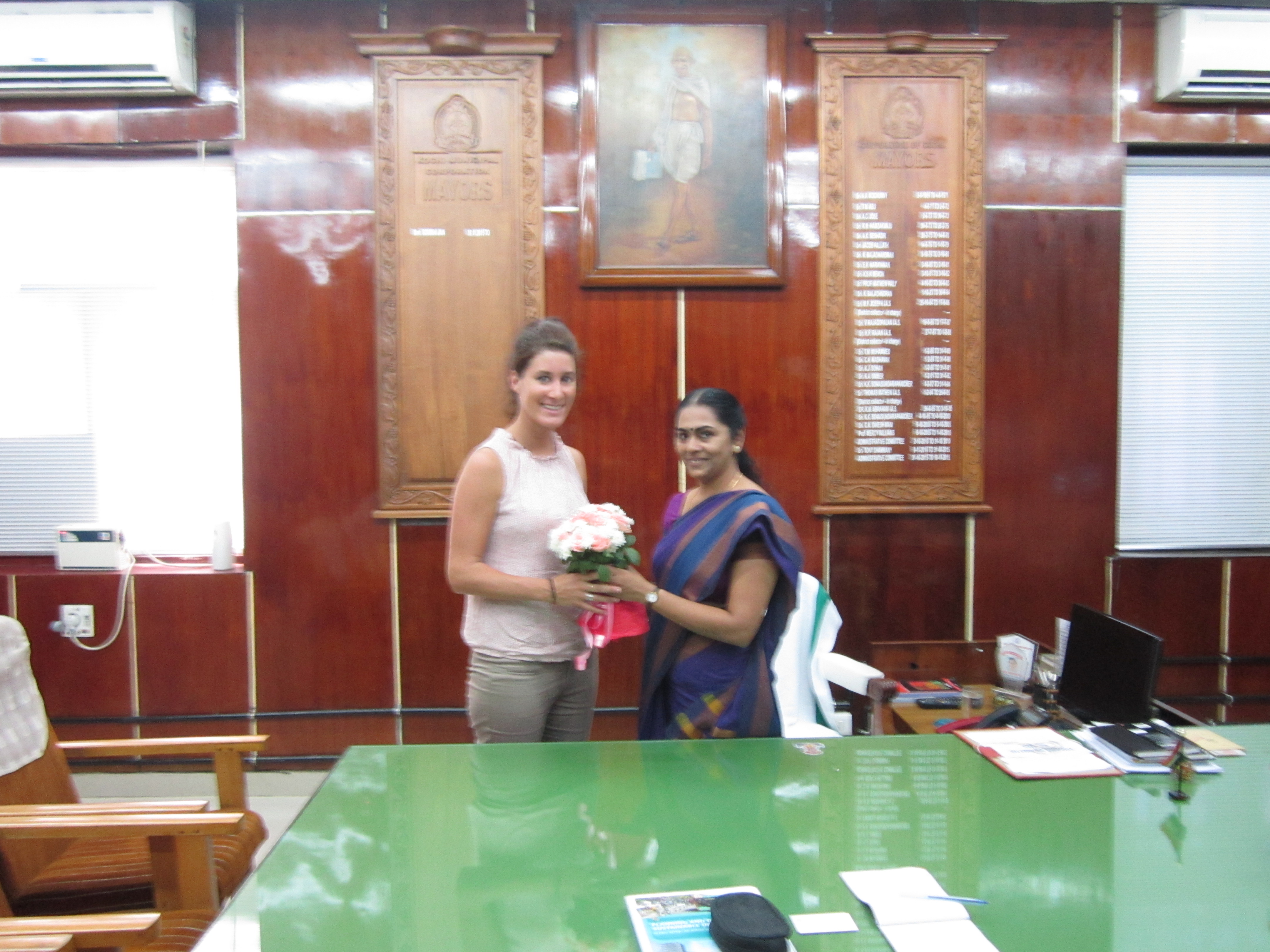 As part of the SOLUTIONS project, UN-Habitat Urban Basic Services Branch Urban Mobility Unitse Sustainable Urban Mobility Specialist Ms. Stefanie Holzwarth visited Cochin and met Mayor Soumini Jain and Dr. Rajan Chedambath, Director , Centre for Heritage, Environment and Development to discuss on the various  transportation initiatives of Cochin and to know more on UMTA and Non-Motarised Transport in the city. She also spoke on various other mobility projects that could be implemented in Cochin with the support of European Union.

The SOLUTIONS Project , funded by European Union , is being coordinated by c-hed .