Kochi city has been identified as a solar city by Ministry of New & Renewable Energy (MNRE), Government of India and was assigned to prepare a solar city master plan for the city. Kochi Municipal Corporation (KMC) had engaged empanelled consultants of Ministry ofNew & Renewable Energy (MNRE) to prepare this master plan. The preparation of the solar city master plan was completed in November, 2014 and submitted for approval to MNRE. The solar city master plan had set a target to replace conventional non-renewable energy use of 97.5 million kWh of electricitywith renewables over the time frame of five years. To achieve this target, a mix of renewable energy and energy efficiency strategies were suggested in the master plan report. Apart from this, an implementation strategy showcasing different financial models, implementation of pilot projects and awareness raising programs was also developed by Centre for Heritage, Environment and development. The solar city master plan for Kochi had been presented in a panel review meeting in MNRE on 11th September, 2015 and was approved. Howvever, no further action had been taken in this reagrd.

Against this backdrop , a stakeholders meeting was held to discuss the way forward . Various representatives of the stakeholders committee participated in the meeting. 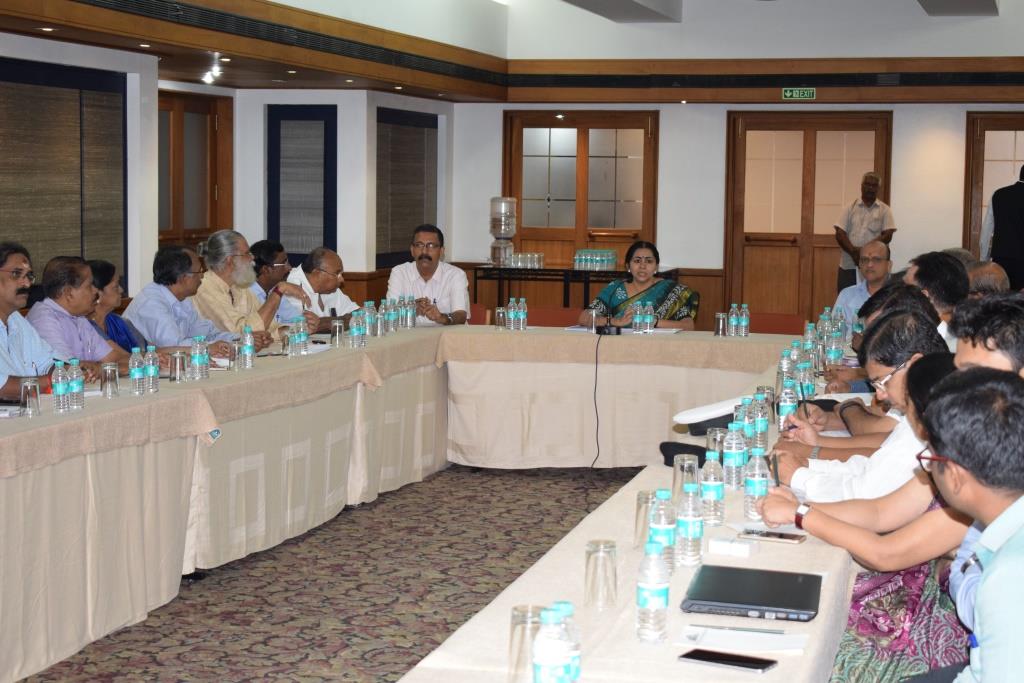