The renovated sculptures in the Subash Chandra Bose Park, was dedicated to the city on 6th of February 2018 by Artist Namboodiri and literary critic Prof. M.K. Sanoo who were the Guest of Honors for the evening. The renovated work was unveiled  in the presence of Hon’ble Mayor Smt. Soumini Jain, Kochi Municipal Corporation Chairpersons A.B. Sabu, Shiny Mathew and Gracy Joseph and K.J. Antony (Leader of Opposition). 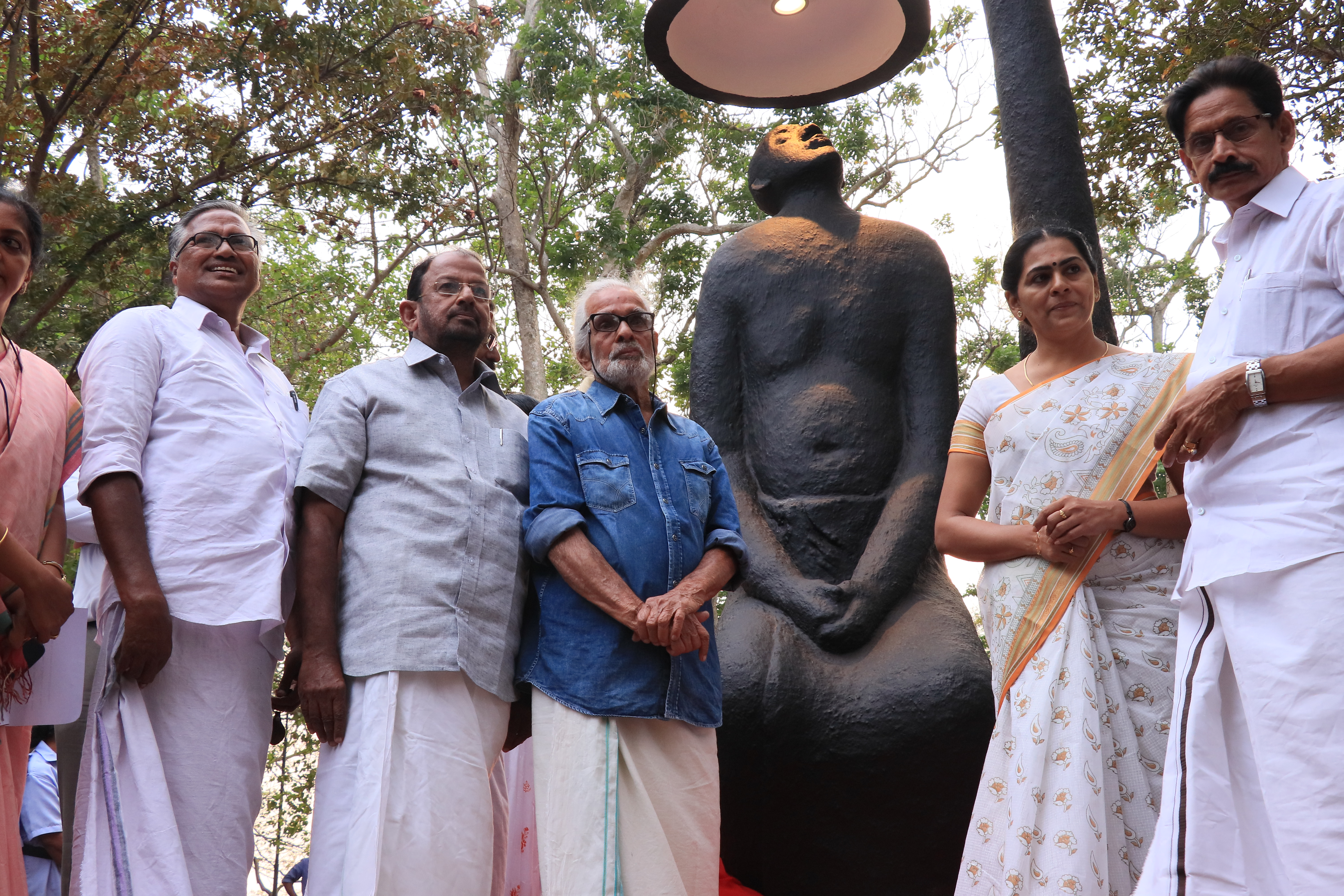 The artists, who came up with the sculptures about 28 years ago, worked in the camp to revive the original glory of the sculptures. Seven artists were available to revive their own works and they also helped to restore the work of other artists who were now unable to participate. The work also included landscaping, setting access and lighting. 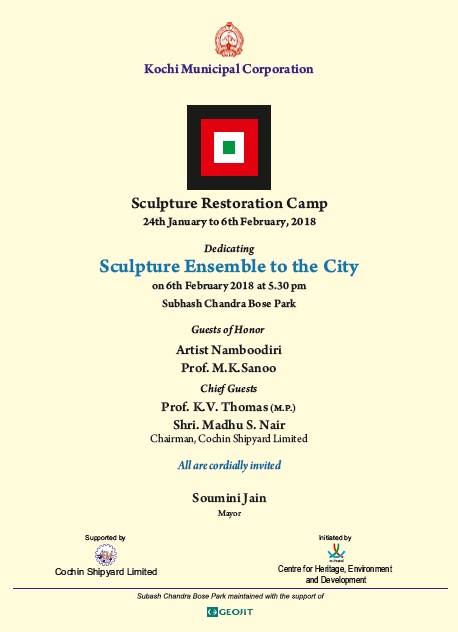 The Subhash Bose Park lying on the banks of the Ernakulam backwaters and facing the harbour is the most scenic, tranquil and highly frequented public space in the city. As the city chokes with ever-growing traffic and congested living conditions, this park has become the green lung and breathing space for the citizens. The park was given a major changeover in tune with the changing times and demands of the people of the city in the recent past.

Around the Southern quarter of the park are several stunning sculptures and installations lying in poor rusting condition. These have a glorious story of its own and are the works of 14 eminent artists which include Japanese sculptor Hiroshi Mikami, Dutch sculptor Gerard Howeler, Irish Sculptor Fred Conlon et.al who converged to participate in the first International Symposium of Sculptors (Sculptors Camp) held in the park in 1990. 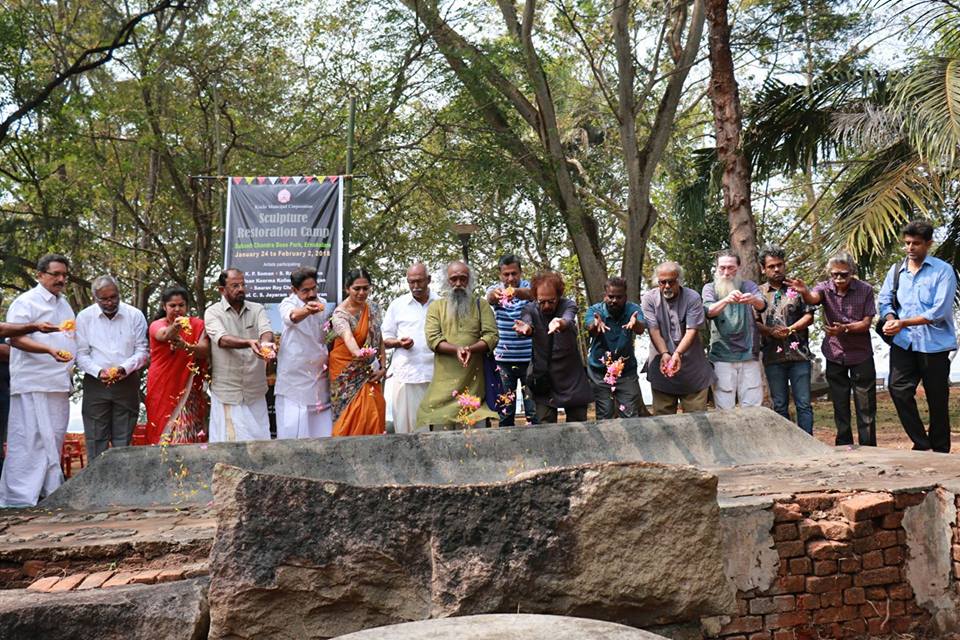 In order to restore these great works, a restoration camp was envisaged and was officially inaugurated by the Hon’ble Mayor Smt. Soumini Jain on 24th of January 2018 in the presence of Shri. M.D. Varghese, Cochin Shipyard Limited , Chairpersons of the Kochi Municipal Corporation, artitsts and various other stakeholders. The camp will be held till 6th of February 2018.

The city of Kochi has been invited to be part of new initiative – the Urban Pathways project that aims at action delivering on the New Urban Agenda in the context of the Paris Agreement by the UN Habitat. This is in continuation with the SOLUTIONs project (Sharing Opportunities for Low carbon Urban TransportationS) in which Kochi was a take-up city. In this regard, a preliminary meeting was  held on 22nd of January , 2018 from 2:00 pm to 5:30 pm at the Ernakulam Government Guest House. The meeting aimed at shaping the local activities of this new initiative to develop implementation concepts for low-carbon urban energy, mobility and waste management solutions. It also included discussions on specific implementation actions, planning, financing and governance strategies  and discussions with Key stakeholders.

The Urban Pathways project is funded by the German Federal Ministry for Environment (BMUB) under the International Climate Initiative (IKI). The project is jointly implemented by the UN – HABITAT, UN Environment and the Wuppertal Institute for Climate, Energy and Environment.
The project aims to work at an urban level in cities in Latin America, Africa and Asia to encourage the implementation of the New Urban Agenda and the Paris Agreement in meeting the Sustainable Development Goals (SDGs). The project aims to assist cities in increasing their technical know-how through various capacity building activities and bring cities working on a common goal together through city twinning. The project aims to work on 3 major urban issues viz. Urban Mobility, Urban Resource Management, and Urban Energy.

Kochi is the only city selected in India as the pilot partner of the project . 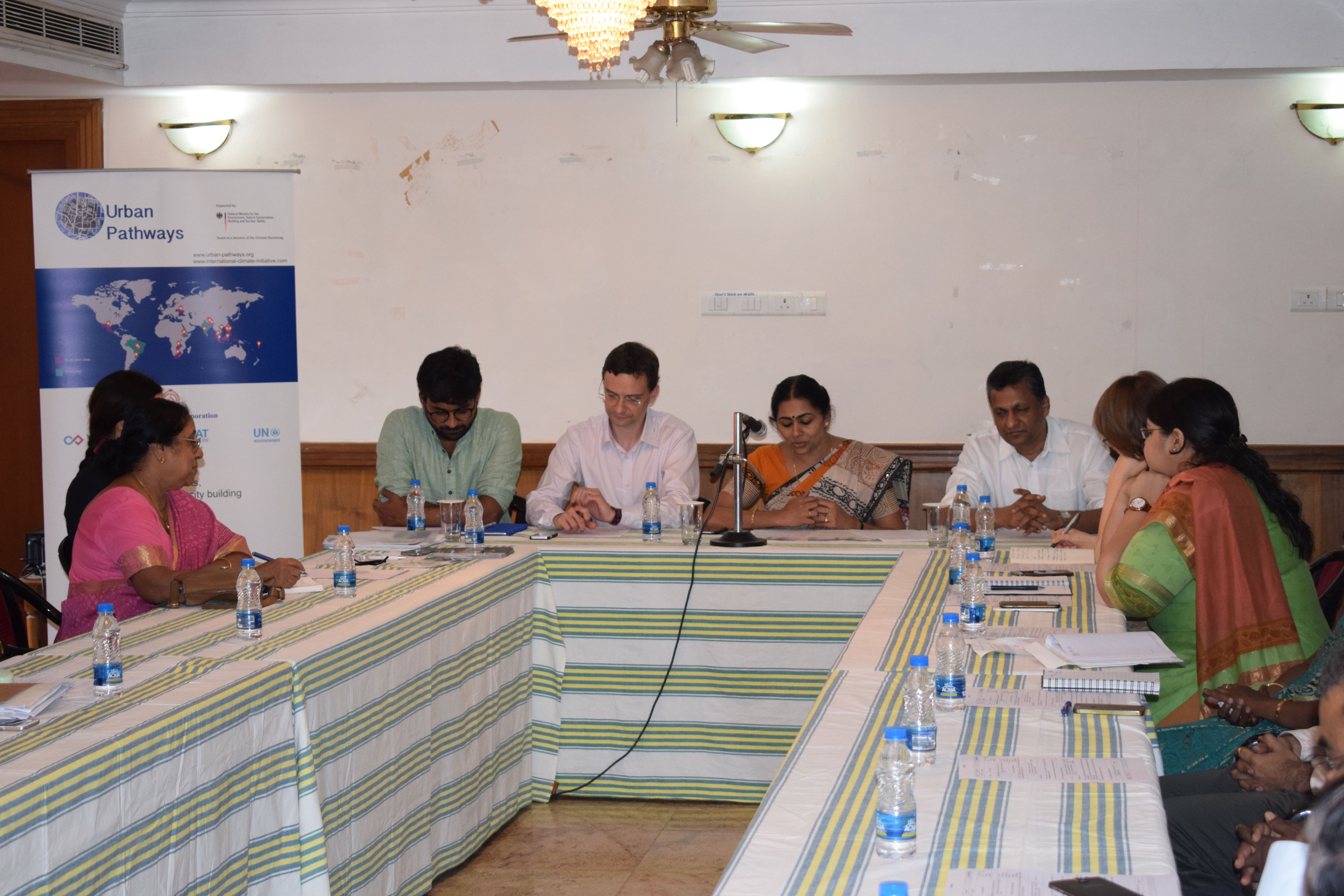