Cochin symbolizes the hopes and aspirations of the people of Kerala in the context of development. In the annals of history the name of Cochin is imprinted with golden letters: its spices making the most and deepest impact. 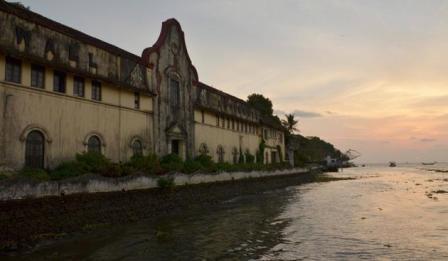 Etymologically, Cochin is the latest name given to this beautiful land in its various manifestations.

Muziris, one of the oldest urban centers in the western coast of India is believed to be the earliest manifestation of the place Cochin. The city also is dynamically linked to the Cochin Royal Dynasty and they played an important role in the growth of this city. The Portuguese, who emphasized their presence very strong in the city starting from 15th century inwards. The Portuguese were followed by the Dutch, French and English. The relies of their presence are seen even today here in the form of architecture, language and other cultural nuances. 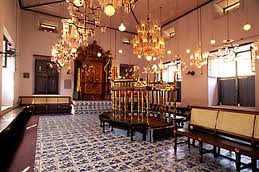 There are also people from the sub-continent who came here at intervals and made Cochin their home. Gujrathis, Jains, Konkanis, Punjabis, Tamils, Marathis, Bengalis, Pathans, Kutchis, Saits, to name a few. This vibrant cultural landscape, wherein almost sixteen different linguistic and cultural groups co-exist even today, is marked by its rich customs, traditions and art forms. The modern Cochin city can be envisaged as a classical example of creating an urban area in which diversity becomes a source of strength rather than of conflict.

It is not yet known when exactly man started inhabiting this beautiful piece of land known now as Cochin. However the material evidences, though sporadic in nature, do suggest that this place witnessed the inhabitation of man at least from the Neolithic period onwards. The megalithic-Iron Age, a period

subsequent to the Neolithic in Kerala, also witnessed intense human occupational activities in this area as the evidences envisage. Further research has to be carried out in order to ascertain the exact nature of the man-environment interaction of those distant past.

However, a well-documented history of last two millenniums will tell us tales about life on this beautiful landscape. We do have literature from the west; Pliny, Strabo, Periplus of the Erithrian Sea etc., and also from the East, mainly classical Tamil, to authenticate this history. 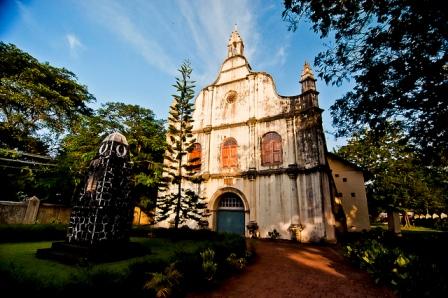 Material evidences in the forms of Monuments, Ceramics, Coins, Inscription, Icons and Architecture do substantiate what is in the written form. In the context of history and culture, the geographic extent of Cochin would cover, besides the city of Cochin, adjoining areas like Kodungallor, Paravur, Chendamangalam and Tripunithura.

Time has bought is many changes to this land. Its natural landscape has been eroded quite a bit over the years owing to the intervention of many natural and human factors. Its cultural landscape has been subjected to ‘changes’ and the land has become a living repository of divergent culture and traditions. Every nook and corner of this great land has tales to tell of eventful history and the said history is reflected in its rich cultural heritage and traditions.

Records and monuments speak volumes about people who came to this land from various parts of the land and had trading and cultural relationships with people of this land. People from Greeko-Roman world, Arabs, Jews, Chinese and other East Asians, Portuguese, Dutch, French and English, to name the most important among the lot; migrated to Cochin and almost all of them left their mark on this land, irrespective of the duration of their stay there. They are in the forms of structural monuments, coins, inscriptions, icons, texts, language and art forms. 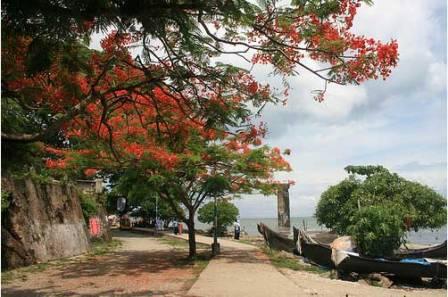 It is believed that the Greeko-Romans came as early as in the first century of the Christian era itself and had very close relationships with this land for almost four centuries. The discovery of the Roman gold coins hoards from the various parts of this region stand testimony to this. Further investigations into this aspect unearthing diagnostic evidences for this relation in the form of Terra-Sigilate, Amphora and Roulette ceramics may throw more light to this period. It is believed that the Arabs and Jews also had the close tie-up with the land during these periods. In Kodungalloor, you find the first mosque in India, said to have been built by Malik-I-Dinar in the 6th century A.D. 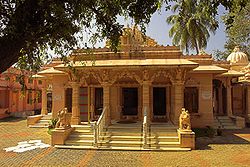 In Chendmangalam, Paravoor, Ernakulam, Mattanchery and elsewhere you see Synagogues standing as dynamic link between the past and the time they were built. The Chinese and the others from East Asia had also started their interaction with the land sooner or later. From the Medieval period onwards a strong presence of Chinese was visible in this area. Digging into occupational layers belonging to Medieval period, whether it is in Kodungalloor, Tripunithura or at Mattanchery would certainly yield a sizable number of Chinese made celadon ceramic ware. And for that matter, the Chinese fishing net, considered as a unique feature of Cochin, is believed to have its origin in Our Chinese connection. 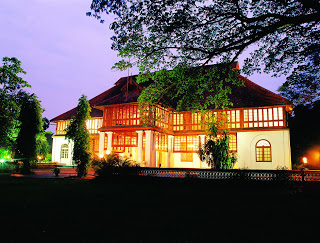 Then the scene was occupied by the Portuguese, from the 15th century on. They built an empire here and in the process built buildings, forts, churches, houses, etc., with an element of Portuguese architecture in all of them. After sometime the Dutch wrested the ’empire’ from the Portuguese and improved it considerably by giving a Dutch touch to all those structures and also by laying out streets and gardens. The English turn took it out of the hands of the Dutch, and pulled down everything their predecessors had taken so much labour and expense to rear up, and all but succeeded in putting back the city to its old position of comparative obscurity.

Cochin City has always been special for its Heritage and Pluralistic Culture through out its history, which is primarily based on trade and shipping activity. Being an Island City, Cochin has unique environmental features and a cultural heritage, which is intertwined with the environment. 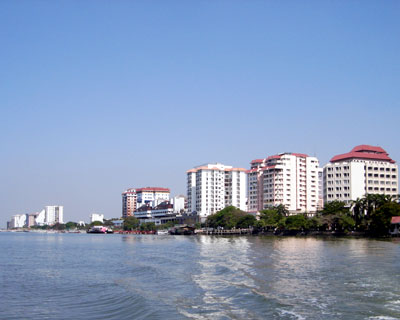 The city’s ever-growing demand and potential for growth opportunities constantly interact and depend on it valuable natural and cultural heritage.