During 1440 AD, Cochin City grew around Mattanchery settlement as a city of 5 miles of circumference and Chinese and Arabs used to trade with the natives of the town. Cochin was ruled by the Cochin Rajas in the period from 12th century onwards.

In 16th century AD, Portuguese came to Cochin and subsequently built their Fort and thus the formation of Fort Cochin. 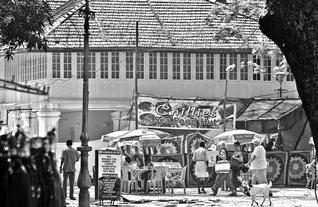 The trade activities flourished after Kodungalloor port and Jews, Konkinis and many other ethnic groups moved to Cochin and settled here. In 17th century AD, the Dutch and subsequently British in 18th century invaded Cochin. The Fort Cochin, Mattanchery and Fort Vypeen placed right at the sea mouth has experienced immense trade related activities and has developed a rich pluralistic culture and tradition unique to this heritage zone. This is reflected in the heritage of this area, which exhibits great monuments, structures and settlements of outstanding heritage value. Fort Cochin and Mattanchery can proudly claim the uniqueness in the entire heritage zone which is not seen anywhere else in the region, and this makes it a major attraction for the tourists as well.

During the period of the British Rule, in early 20th century, dredging of port and formation of Willingdon Island was executed under the design and direction of Sir Robert Bristow. Subsequently Cochin and emerged as the major port in the entire region. 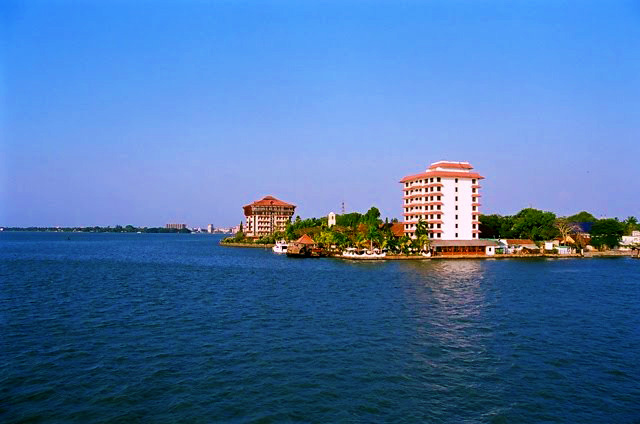 Willingdon Island grew as the port and seat of power of British. The entire port town was designed by Sir Robert Bristow and left an outstanding heritage settlement built during the British period. The heritage structures including that of the Port Trust, Bungalows and godowns and Public spaces in the Navy area etc. become part if this heritage zone.

In 19th century during the British rule, Cochin rulers shift to Ernakulam, Market and associated settlements flourished. The Ernakulam Heritage Zone is in fact the heart of today’s City of Cochin. Most work places, Administrative and institutional centers and market places are located here. Moreover the city’s widely used parks and public open spaces are located defining the landward edge of this zone, which connects the city to its natural heritage of backwaters. Institutions such as the Cochin University on foreshore road, Maharajas College, Law College, St.Theresa’s College and St.Albert’s College etc. 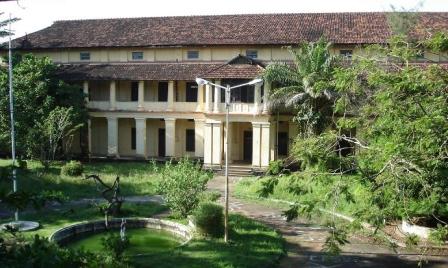 As many cultural and religious institutions with some of the oldest temples churches, mosques and synagogues also become part of this heritage zone. Heritage structures, which represent many cultural and ethnic groups who have come and settled here during its history, are spread all over. City level institutions such as the Cochin Municipal Corporation, GIDA etc culminate at the northern part with the High Court complex of the state. Most of all, the city’s breathing spaces such as the Subhash Park, the walkway at Marine Drive and the Durbar Hall round etc are the most used and celebrated public spaces of the city. 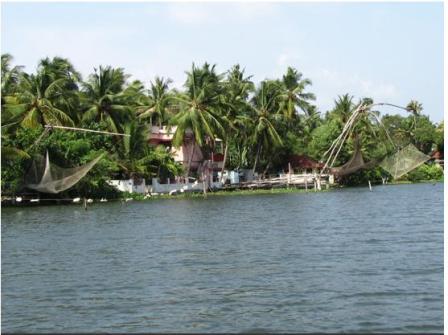 Canal Networks is part of our regional heritage planning. These canal systems can be commonly experienced throughout in Kerala in the low-lying coastal areas. They, once upon a time, used to be the drainage system, transportation corridor and irrigation system of traditional development. The entire development in the low-lying coastal areas has been dependent on such canal systems integrated by backwaters, lagoons and Estuary and was instrumental for trade and commercial activities. The Canals Network in Cochin is very much intertwined with rivers and backwaters. Most of the traditional areas and heritage zones are connected by such canal system. Most public spaces, settlements and institutions are also grown along them.

Known for its small bird sanctuary, Mangalavanam mangroves is situated in the Ernakulam District of Kerala State. This small mangrove area comprising of a shallow tidal lake in the center with its edges covered with thick manger vegetation, the lake here is connected with backwaters by a canal.

Mangalavanam gained importance because of the mangrove vegetation, and also due to the congregation of commonly breeding birds. Apart from these, it is considered a ‘green lung’ of Ernakulam City, which is polluted by many industries and motor vehicles. 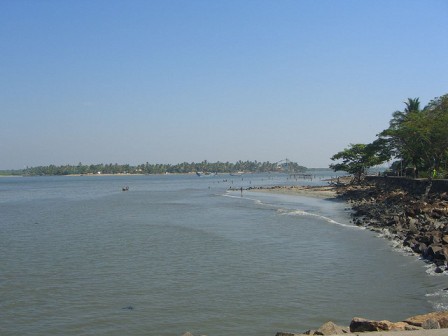 Cochin Estuary is and important Natural Ecological feature in the entire Vembanad Lake Region. The Vembanad Lake Region, which extends about 70 kms to the South of the Cochin Sea mouth and 35 kms to the North, flushes out 7 major rivers through Cochin Estuary. A major transactional point for most of the marine species and habitat for many of them, Cochin Estuary becomes a major zone of great environmental significance.This zone also becomes Cochin City’s most happening place with the placement of Port and proposed container transshipment, navy etc. right the harbour.

This living fossil of Royal glory has an important place in the history of Kerala. It was the capital of the Kingdom of Cochin from 1755 onwards. 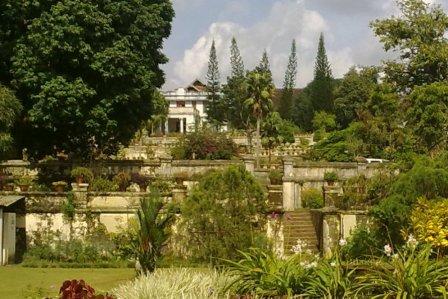 Some important points about city planning in Tripunithura

The temple forms the focal point of the city. The growth of the city started from around the temple. The main spine, the heart of the Fort, passes through the temple in the east west direction starting from the east arch and ending at the west arch. The main spine runs from the west Irumpanam iron bridge to the east Statue junction through the temple. The east is guarded by the arch. The spine forms the main element of the city. The fort is surrounded by water on 3 sides. The west arch has an iron bridge in front over the river. The east-west axis road is the Kings way. The city has come up with such a way that the commercial units are all around the temple.