The only true equalizers in the world are books; the only treasure-house open to all comers is a library; the only wealth which will not decay is knowledge; the only jewel which you carry beyond the grave is wisdom.

Libraries are heaven for students, teachers and simply to all those who love reading books. The history of libraries dates back to as early as 2600 BC and has evolved as an inseparable part of all developing cities, spreading knowledge, inculcating reading habits and also providing an unrestricted access to information. Public libraries are an important national resource with a vital role to play in imparting knowledge for the development and growth of a nation. The Kochi Municipal Corporation is at present administering 6 libraries.

As per the Annual budget of 2012-2013 of the Kochi Municipal Corporation, c-hed was assigned the management of all six libraries under the city administration.

In this regard, c-hed had prepared a  project proposal for entrusting this institution with management of public libraries under the Kochi Municipal Corporation. The proposal also focuses on appointing librarians, updating periodicals, magazines, newspapers, rebinding torn books along with other functional requirements. 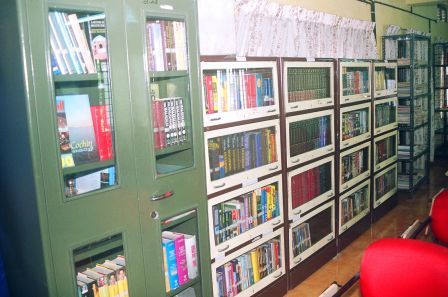