As a forerunner to this association, the Hon’ble Mayor of Cochin, Shri. Tony Chammany, the Standing Council Chairmen Mr.Vinod, Mr.Thyagarajan and Mr.Asharaf, and the Council Member from Opposition, Mr.Anilkumar, visited Pyatigorsk.They held a meeting with the Mayor of Pyatigorsk and with the Chairperson of the City Council (Duma) of Pyatigorsk, Ms. Ludmila Pokhilko. The two cities, geographically and politically distinct in nature, had agreed upon cooperating in major areas of health care, health tourism and education.

This Sister City Association was co-ordinated by c-hed. 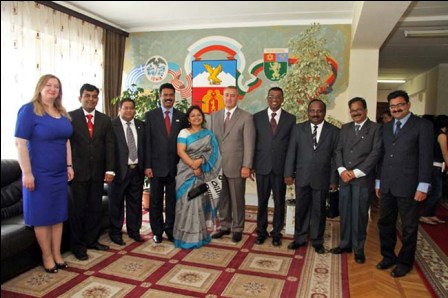