The Kochi Municipal Corporation had organized Students Council as part of the Childrens Day Celebrations of 2014.Cleanliness was the main agenda of the council. The student council was being held after a gap of 20 years. 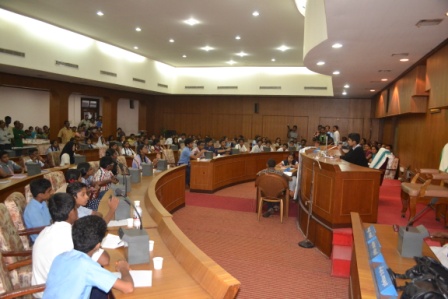 The student representatives debated each other on the agenda and alleged that the Mayor was keen only for media attention. The Deputy Mayor rescued the Mayor from the opposition by explaining the projects that have been implemented throughout the council.

Hon’ble Mayor Tony Chammany, Deputy Mayor Bhadra. B and Standing Committee Chairman and Chairpersons watched the proceedings from the sidelines. 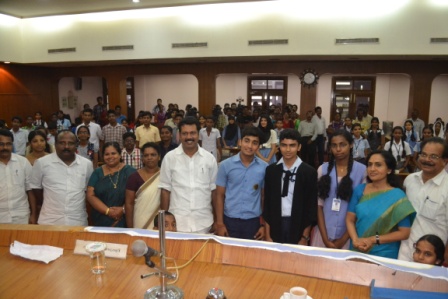 The session was being held in collaboration with the Rajagiri Outreach.

The entire programme was coordinated by c-hed for the Kochi Municipal Corporation.