Conserving and preserving the rich heritage of our composite culture  are the fundamental duties of a citizen. The absence of a legal framework in the city had led to rampant violations and

demolitions of the heritage structures in the heritage zone of Fort Cochin. With an increase in such breach, the Kochi Municipal Corporation planned to approach the Government of Kerala to curb the atrocities. In this regard a heritage bylaw was prepared for managing and saving the cities most valued heritage buildings. Cochin is one of the first cities to make a concrete move for conserving and protecting its rich heritage lineage.

The c-hed for Kochi Municipal Corporation had validated a Heritage Draft Bylaw and brought in necessary amendments for the preservation of natural and cultural heritage. This draft bylaw passed by the Corporation Council, touches upon the tangible and intangible heritage as well as natural heritage of the city. The bylaw was validated by including the guidelines of the Archaeological Survey of India and the existing building rules. 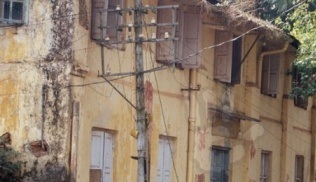