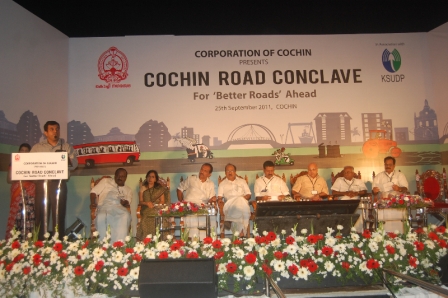 The City of Cochin widely known as the commercial and economic capital of the state of Kerala, has been facing serious problems with regard to maintenance of its roads. The present road infrastructure hasn’t been able to meet the growing traffic demands and hence traffic congestion is becoming a major problem for the city. In order to build roads that can withstand rain, heavy traffic flow and raise the standards of laying the roads, a conclave was organized by c-hed for Kochi Municipal Corporation.

Emphasizing on the need for good transport infrastructure which is critical for the city’s economy, the conclave saw the participation of stake holders, experts from Road and Transportation sector, People’s Representatives, Engineers, PWD, RBDCK, NHAI and Port Trust. 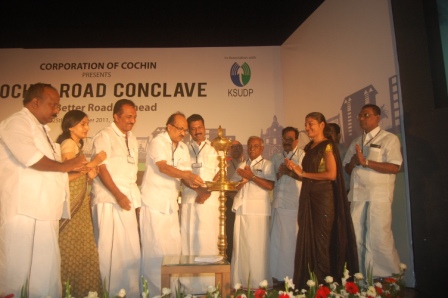 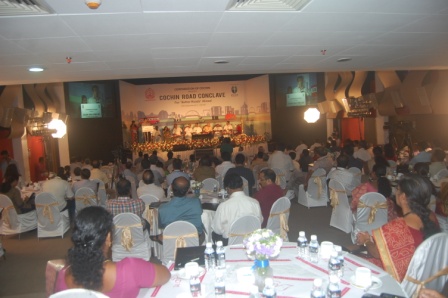 Many cities in India, including the city of Cochin, are facing rapid increase in urbanization that has resulted in the development of vast areas as urban extensions. Many roads are being laid in an incremental manner to cater to growing needs of a large populace. Cochin however is one of the few cities in India, blessed with connection to other parts by all major modes of transport.

However, the development of road infrastructure is not keeping pace with the increase in traffic.

Cochin Roads, a detailed book on the management, operation and maintenance of the roads of Cochin city has been brought out in this regard.