The Gandhi Square at Petta Junction, Tripunithura came into existence when the citizens of that area had placed a photo on the pedestal after the Mahatma was assassinated on January 31, 1948. Later on this photo was replaced by a bust of Mahatma Gandhi. 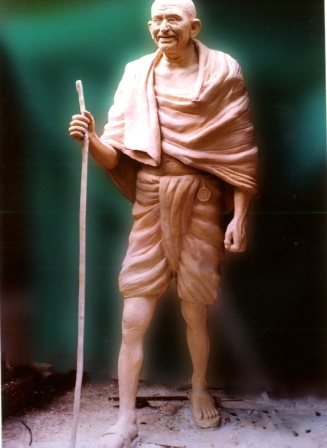 With time, the Gandhi Square began to see an immense increase in traffic, forcing the authorities to move the bust to a better location, without obstructing the flow of traffic. Later on, this bust was replaced by a new nine feet tall, bronze statue of Mahatma Gandhi at Gandhi Square.

The c-hed had coordinated and also mobilized funding for installing the new Mahatma Gandhi statue at Petta Junction.