The city of Cochin is a land of cultural diversity. From time immemorial, this land has attracted traders and seafarers who made Cochin their home. Today it has the most diversified society and is home to people from various ethnicity.

The Bavaria-Kochi Friendship home at Mundamveli is a fine example of this cultural multiplicity. This natural disaster relief settlement was jointly set up by the Kochi Municipal Corporation and various organizations in Bavaria State in Germany. And this joint cooperation led to close association between the city of Bavaria and Cochin resulting in a sister city relationship between the cities.

The c-hed had been co-ordinating this association. 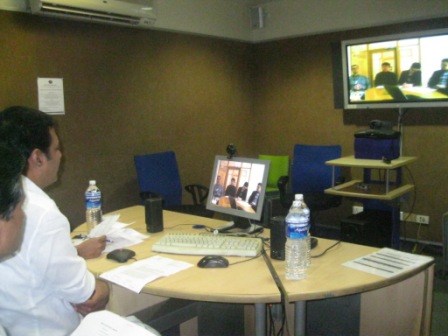 Harryda is one of the popular municipalities of Sweden having the second largest airport of the country. The city of Harryda is well known for business to locate in.

A participant in the match making conference organized by ICLD, the city of Harryda has come forward to have a very special association with the city of Cochin.

The Harryda Municipality was keen on initiating Job Shadowing – learning work and procedure by studying how someone with a similar job carries out the same task, aiming at better experience and vast exposure, with this city.

c-hed has been co-coordinating the program and the partnership is in its initial stage.

As a result of this match making journey from Varmland to Cochin arranged by ICLD, a memorandum of understanding was signed between the delegates from the respective cities of Cochin and Varmland.

A first step to emphasize on the will to further discuss and elaborate future cooperation between both the cities, a letter of intent had been exchanged. The association will focus on health and medical care with an aim to establish future collaboration of mutual concern.

c-hed has been coordinating this association and is in its initial stage.

The third largest city (by population) of Sweden and one of the largest cities of Scandinavia, Malmo is one of the most industrialized municipalities of latter. The city has undergone a major transformation with impressive architectural developments, attracting new bio-tech and IT companies.

One of the participants of the Match making conference organized by ICLD, the Municipality of Malmo has expressed their interest in deepening the work in the fields solid wast management, school exchange, sustainable urban development, renewable energy along with collaboration with the University of Malmo.

c-hed has been coordinating the entire program and the partnership is in its initial stage.